When I sit across the table and brainstorm with various teams about how to solve whatever the latest crisis is, I see faces that trace their ancestry from all over the world, faces of all genders, identities, interests, and socioeconomic backgrounds. It’s one of the things I love about the cannabis industry, because within our diversity exists the potential to blaze totally uncharted territory. Instead of one roadmap to survey our surroundings, we have twenty—each detailed with the landmarks that matter to each unique individual in our team. That's where magic happens!

But that doesn’t mean it’s easy. How do we follow twenty roadmaps at the same time? How do we choose which map to start with, and which to address later? Or what if we just think Karen’s roadmap sucks? It’s a challenge to balance the potential for innovation and unity, with the realities of limited money and bandwidth.

Speak With Your Actions

I had a client who cared deeply about developing a positive company culture, but he didn’t understand how counterproductive his actions were to this goal. One day, he announced that he wanted to empower one of the senior cultivators we were training for a management role by having him participate in hiring. We’d scheduled several interviews with potential grow techs, and my client told the senior cultivator he would help choose who we’d hire. My client would do the first interview, then hand the applicant off to the senior cultivator. Afterward, we’d all discuss who should get the job.

The senior cultivator was stoked. ”Finally,“ he thought, ”they see I have something important to offer. My opinion matters.“ Well, it all fell apart on the third interview, when my client handed a job to an applicant on the spot—while the senior cultivator was waiting in the adjacent office to meet him. When my client brought the applicant over, he introduced him as the new grow tech. Obviously, the senior cultivator felt betrayed. He left the room shaking his head, convinced his voice would never truly matter. It never occurred to my client that he had violated the trust of a key employee. Trust he would never fully regain.

I watched this client make similar faux pas over the time we worked together. He honestly never realized how he fostered massive insecurity and infighting within his team because they always had to fight to be heard—despite lip service of an open-door policy. Since he held a position of such high power, no one could ever really tell him the truth. I see this over and over in cannabis.

Management has the power to decide which roadmap to follow. If you’re an executive or a manager, you bear greater responsibility to listen to each team member regardless of whether they come from your socioeconomic or cultural background. It’s up to you to provide opportunities for team members to collaborate, and to ensure that ideas are given thoughtful consideration. I know, this isn’t always feasible. Occasionally, crunch-time means there isn’t much time or bandwidth. Just don’t let it go too long, or you risk living with your blinders on forever, because it’s become habit. Your team won’t love you for this, and you might miss some monumental ideas from sources you never would have expected.

While it’s the role of management to lead the flock, let’s be honest—the flock can sometime be obnoxious. I’ve led countless team meetings in my career, and my flock has pissed me off plenty. Taking the time to coach, mentor, give context, and ask for ideas takes considerable work and planning. And to stand in front of a room full of people who don’t want to talk, who roll their eyes instead of sharing feedback, and then later spout volumes of complaints and criticism to their coworkers completely sucks. And they wonder why they never get promoted…

Or the other end of the spectrum are the employees who think they know everything. They saw this thing on IG that they are CERTAIN will fix ALL THE THINGS. They want to implement systems and technologies they may or may not understand, and they show minimal respect for the people who worked for decades to develop the systems that bolster their current success. These types can be exhaustingly arrogant, and I’ll admit a handful of these folks have frayed my nerves, over the years.

You need to cultivate channels for these types to communicate. Call it an Innovation Proposal Sheet, call it what you like. Implement a structured system that teaches your most energetic (or disgruntled) employees to coherently focus and organize their thoughts, and present them to the team on a platform that gets everyone to the table. This process has a side benefit in that it trains your team to think like managers and innovate more responsibly. Plan Innovation Meetings quarterly, and make sure to invite the whole department. Go through the stack together, one by one. Have a white board handy and SWOT each Innovation Proposal, together. It shows that you listen.

Here’s the thing: If you don’t follow through because you honestly don’t care what your team thinks, don’t even bother trying this. It’s not fair for your team members to thoughtfully formulate an Innovation Proposal that ultimately rots at the bottom of a pile. If that happens, sorry—YOU were the dick in the situation. NOTE: I have been That Dick, because I was busy and exhausted and I dropped the ball. And I lost the respect those people forever. It was a painful reflection. Don’t let this happen to you!

Blessed are the Good Communicators and Empaths

It’s a treat to work with people who possess keen emotional intelligence, so when you find them, make sure you do everything you can to keep them. These folks don’t just listen, they hear and feel their surroundings. When they offer advice, it’s not contrived—they aren’t jostling for power or spouting BS they don’t understand—they’re just honest, benevolent folks who are great at puzzles. You can look to them to help provide the creative leverage that will slowly unify your team while creating successful business strategies.

Honestly, I haven’t found many leaders who have great emotional intelligence, or who can even reliably speak the truth. Most aren’t able to get out of their own way long enough to listen and feel. Leaders with hubris—and even sociopathic tendencies—are too often rewarded in this world, because they give insecure (or lazy) investors and consumers the impression of strength and confidence. But they don’t lead healthy teams, unless they partner with someone who can offset their tone.

It all comes down to action. Either we regularly schedule time to listen to our team, or we don’t. Either we actually devote headspace to considering other ideas, or it’s all lip service. Either we communicate our own ideas respectfully, or we don’t. And let’s be honest—either we pay all our employees a living wage, or we don’t. Empty words will never create anything real. You may unknowingly have a Dream Team assembled before you, but they will never be your Dream Team until you can show them (with action) that they can trust you. 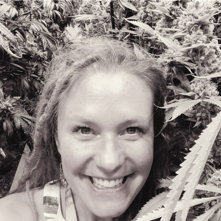 Cofounder and CEO of Fire Tower. Cassandra is the creator of Scalable Living Soil, an organic, high-volume cultivation system powering large-scale producers around the country. Recently named one of High Times' Top 50 Women in Cannabis.
Have a question? askcassandra@firetower.us

Get Smoke Signals in your inbox

A blog about cannabis, tech, business, and more. Strong opinions from the makers of Fire Tower.